PGD AviEx is land under development parallel to Challenger Road, where the Florida International Air Show has been based over the last few years. This area is home to 130 T-hangars adjacent to Taxiway E and Runway 9-27 – with more hangars throughout airport property. 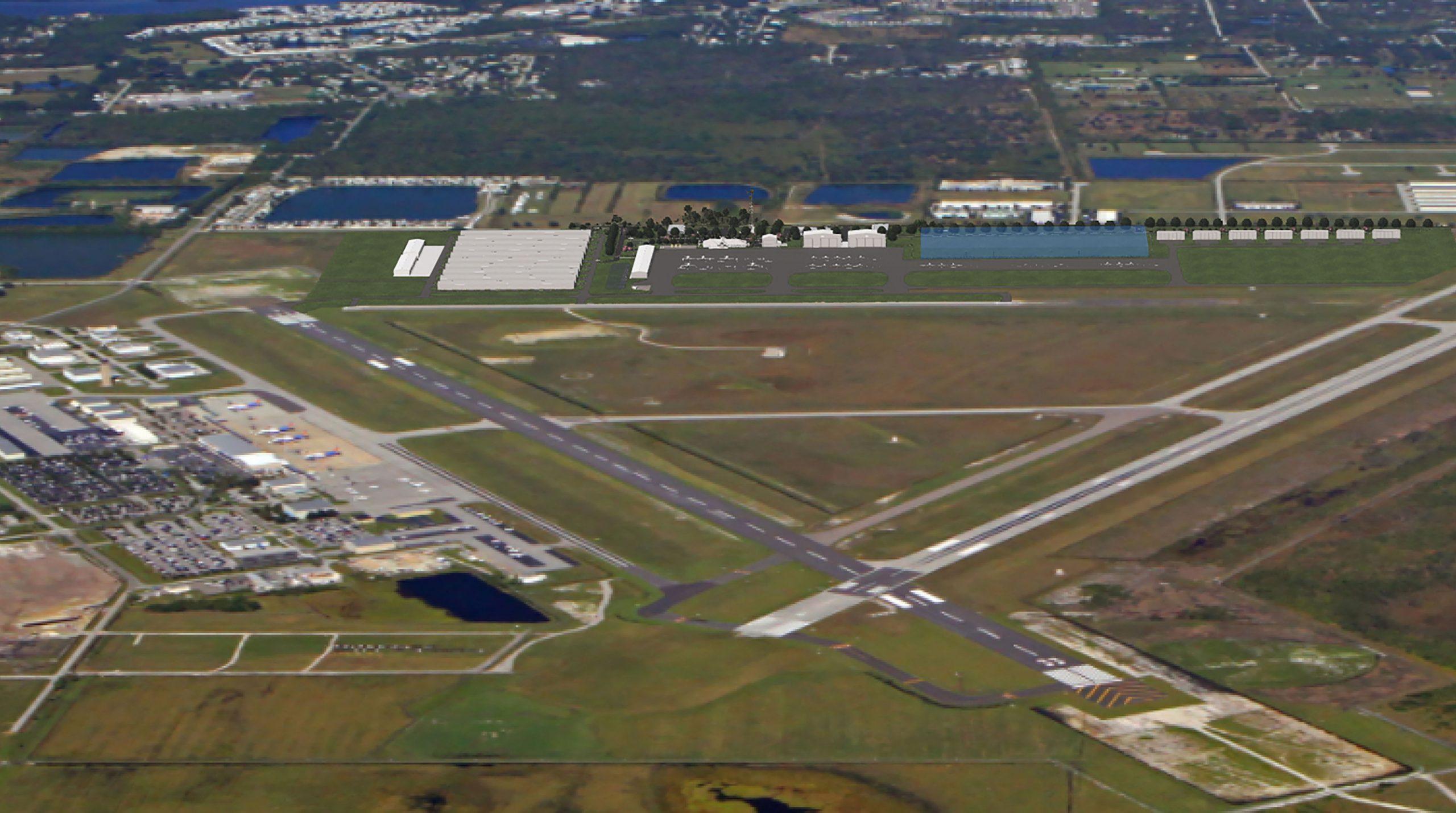 $18 million in projects will be constructed in several phases.

PGD AviEx projects are made possible through a combination of self-funding from Charlotte County Airport Authority revenues, along with funding from the Federal Aviation Administration, Florida Department of Transportation, passenger facility charges and customer facilities charges. Review the latest monthly project report for specifics.

Punta Gorda Airport began as a World War II combat training base for Army pilots and served primarily as a general aviation airport in the decades that followed. After Hurricane Charley wrought destruction in 2004, the Charlotte County Airport Authority, the independent special district that owns and operates PGD, rebuilt with a focus on attracting low-cost commercial air service. After experiencing double-digit passenger growth, the Bailey Terminal was expanded in 2015 to its current 60,000 sq. ft. footprint.

PGD’s Master Plan Update, approved by the FAA in 2018, thoughtfully maps out continued growth in commercial air service by relocating existing GA and FBO activities, currently adjacent to the Bailey Terminal, to the north side of the airport. These plans are incorporated into PGD AviEx.

If your company is interested in leasing land to build aviation-related operations, offices or hangars, please CONTACT US with your land development needs.